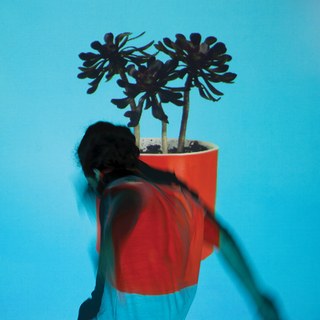 This article originally appeared in The Florida Basement, the former Swamp Records Gainesville-based blog. Since writing, I’ve seen Local Natives in concert and I can confirm they were absolutely amazing. I cried when they played “Airplanes,” pretty lame but just so awesome.

I love Local Natives. I first listened to them on a lazy, cool Pennsylvania night on the rooftop of a friend’s house I was visiting. I had just flown to Dulles before getting bumped off a flight to Newark, and had to take a bus to Philadelphia to get picked up. Wholly wiped out, I still remember being struck by cascading emotion, walls of sound surrounding me as I looked at him and said “Ricky, this is really fucking good.” I’m confident it wasn’t even because I was intoxicated, but because the words and the varied sound were entrancing and relatable. Hailing from Los Angeles, California, the band successfully merges heavy, but not overwhelming percussion with guitars that can sing a full range of genres, melting into one another in gentle symphony.

Local Natives’ first release, Gorilla Manor, is a quietly vigorous record, brimming with tracks both relatable and abstract. It teases at religion and remembrance, early on discussing the concept of enlightenment and sharing Kelcey Ayer’s (one of the guitarists and lead vocalist, though harmony plays a large part in the band’s lyrics) intensely personal ode to his grandfather. It confronts the ease of American living, and makes time for little vignettes of love as in “Sun Hands” or “Who Knows Who Cares”. Overall, Gorilla Manor showcased an early zenith of success for the band. A sound that could be not just serious, or easy to listen to, but seriously easily to listen to.

Hummingbird, their second work, is less abrasive, more thoughtful in its execution. The album repeats many of the sonic steps of its predecessor, but I think the subject matter is more reverentially treated here. The band pivots, at least initially, to songs geared towards the age-old musical trope of broken love. “You and I”, the opener, discusses an unwanted, and, to the narrator, an impossible turn towards an abusive relationship. Disease and illness, anxiety and death pervade the atmosphere. Tracks like “Three Months” and “Colombia” are especially pensive, and discuss the passing of a loved one, which is understood to be Ayer’s mother. Hummingbird distilled the immense talent Local Natives has, smoothing out and streamlining the lustrous edges of their unique sound. It may not soar to the heights of their first album, but it flies further, and I think in many places, for longer.

Sunlit Youth, released a little over a month ago, is not the same testament to greatness their first two albums expressed. Maybe my expectations were tempered by the bevy of singles, a whopping four compared to two total off their last two albums. Fully a third of their album was revealed before it even hit the shelves, maybe a marketing trend to maintain hype but in this case weakening its reception. And they aren’t bad by any means, but they are weak. The sound initially comes off as poppier than usual, but this almost isn’t surprising when the subject material is Los Angeles. Its architecture, its identity, its vibes. “Villainy” and “Past Lives” allude to Los Angeles locales and people who influenced the city musically, like Dorothy Chandler or architect Frank Gehry. These records seem to be more fan service than a look into the band’s core.

Like Randall Roberts says in the above LA Times article, the band ostensibly “moves toward the center without compromising,” however ambiguous — not to mention relevant to every single artist trying to make it big, ever — that statement may be. Three of the singles are in the first four tracks, and each one reaches for its soul like you reach for a plate at the Cheesecake Factory. You want to love it, it looks good, but you hesitate. All you can taste is the heartlessness of a kitchen churning out a mountain of average food instead of infusing a little meaning into it. It’s not terrible. The little things are missing. It is indeed a Factory, but Local Natives mercifully shirk this metaphor by finding their voice later on in the record.

Some of their records are sufficiently experimental for the band, particularly “Masters” and “Jellyfish”, the latter of which starts a noticeable trend towards the vivid, and a familiar feeling sets in for the avid listener. On “Mother Emanuel” we witness a sharp shift towards an ode: to the church in South Carolina that experienced tragedy, showing a desire for a change in social mentality. “Everything All at Once” and “Sea of Youth” slow it down, returning to familiar ground as the album comes to a worthy close.

Sunlit Youth is the weakest of their works, overlaid at times with heavy synth and a catering sound rather than a personal one. It is overcooked in some places, a heady mixture of sound and lyrics that are at times unkempt and impersonal. But it is sunlit, and it is about the youth: how they experience and how they can change the world. If a few radio hits have to get made to accomplish their goal, I can get behind it.