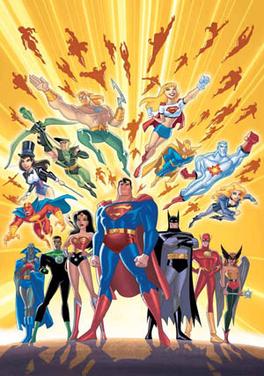 Nerdy topic? Questionably interesting? Aren’t there better things you could do with your time? Is this your commitment to never getting laid again? Does this opening paragraph contain a juicy hook? Yes to all but one of those things, strap in anyway!

One of the things I’ve also been binging are the DC Animated Universe Movies. I’m going to give a brief rundown here and then discuss the structure of how rankings will work and reviews will appear over the next few weeks, followed by a final compilation of films from worst to best.

The DC Extended Universe receives considerable scrutiny for its absolutely trash live action series. Superman v. Batman: Dawn of Justice is probably the second worst movie I’ve ever seen in theaters after Quantum of Solace (so I’ve been spared a lot of suffering), but a litany of sequels and spin offs haven’t helped the series. Suicide Squad is also terrible, so bad that even the pretty awful (compared to the rest) Suicide Squad: Assault on Arkham animated film is quite possibly better.

It’s important to remember that like Wonder Woman, some of these movies are not just good, but great. In their own, small ways, they might even be groundbreaking. There are some special moments among what amounts to a lot of straight good-and-bad films, a motif DC hasn’t gotten away from until very recently with its New 52 reboot in 2011.

An important note: I have never read any of the comics. I’ve pored over plotlines on Wikipedia and elsewhere but at the end of the day I’m really just interested in entertainment and quality. Faithfulness to source material, something a lot of people value, will not necessarily factor in to rankings.

What will factor into my totally subjective rankings, and how much they’re worth:

There are a few other things I try to keep a look out for that I find very interesting, especially in a comic book setting. Some of them may not be your cup of tea but I think they’re usually worth mentioning. Passing the Bechdel test, a strong musical score, empowering characters that normally don’t receive too much attention, and creating “human” moments all give me that cozy feeling, but may not be worth any points.

I want to stress here again that this is by absolutely no means an objective guide. People like different things. I am biased about many things. We will uncover them together.

There are “three different eras” of the DC Animated Universe. The first stretches from 1992 to 2006. Helmed by Bruce Timm, I’m just gonna be upfront with you guys and tell you this is probably the apex of DC in animation. Batman: The Animated Series (!!!!), The New Batman Adventures, Justice League and Justice League: Unlimited, Batman Beyond, Static Shock, and Batman: Mask of the Phantasm are unimpeachably some of the greatest programming DC ever produced.

The next two generations have only just started to stack up, and you’ll hear me talk about some of them from time to time. Right now, we’re on the third generation, the DCAMU (DC Animated Movie Universe). They sure don’t make it easy for us to keep up, do they?

When Do We Start?

Right now! Look here for chronological entries and check back here for links to each article.